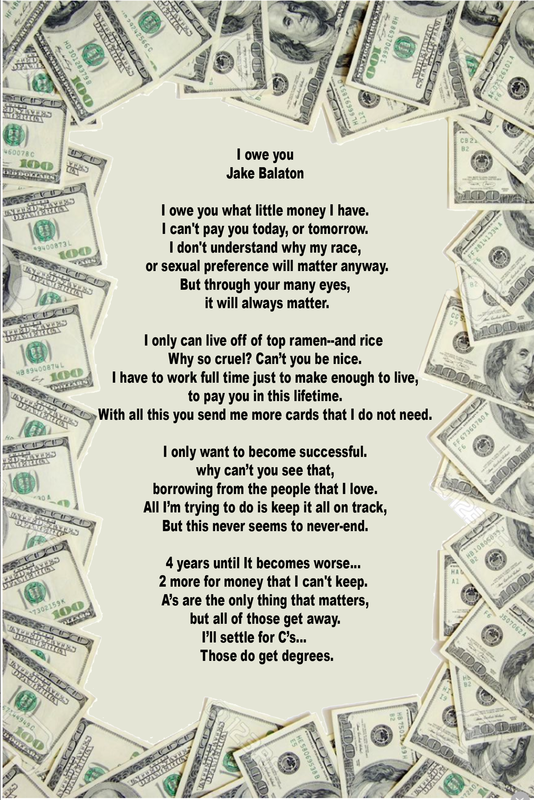 My vision was hindered by hues of brown and green as I first set foot in McCormick forest. An extensive one hundred and twenty two acres make up the vast, dense woodlot. The footpath before me was made up of pebbles, dirt, dead leaves, and pine needles which made for some interesting texture as I made my way deeper into the timberland. The trees seemed to have me surrounded, as if I was Kylie Jenner and the clusters of cedar were TMZ, but I didn’t feel smothered. Moss had spread up the trees, coating the trunks and branches in a patchy fashion almost as if it was the bark’s own form of body hair. Looking up, the sky was lacking any and all pigment, displaying a curious white-grey hue. I was blinded by most of the upper atmosphere from the leaves and limbs hanging off trees high above. At the time those trees seemed as if they were taller than the Shanghai Tower itself, but in reality, most of them were hardly any taller than a twenty-four story building.

As I trekked further into the woodland, the commotion of the road behind seemed to melt away and be replaced by the wildlife around me instead. The forest seemed to possess its own physique similar to a human’s. Instead of veins however, a creek ran through the brush that provided the timberland a consciousness of its own. The deeper I journeyed into the brush, the smaller I felt. My eyes suddenly rested on a mighty giant laid on its side, the roots uncovered and splayed like entrails. The entire system was out in the open, vulnerable to anyone who dared to cross its path. As I made my voyage down to the brook, the trees seemed to change their standpoint. Rather than feeling as if I was under judgement from the regal cedars, they appeared more observant, as if they were monitoring a small child running around a new playground. The commotion from the thruway was long gone, replaced by the chitter of woodpeckers, the scuffling of vermin, and the murmuring of the stream. Absolute peace was within an arm’s reach.

What binds us to memories?
~​Bryan Ellis
The strangest thing can trigger a memory.
So much more than what the eye can see.
Touch, taste, smell, sight, and sound,
all the senses.
Individually they are weak,
but together our senses are never meek.

A chain,
(sight) can’t believe seeing it brought a memory back to me.
Its purpose was to protect…
But protect what?
(touch) uncoil the metal snake from the wheel.
(smell) gas can’t smell any as I try to start the motor.
(sound) motor starts,
continues running sputtering, and spitting from being cold
(taste) the exhaust fumes… so familiar.

Fond memories of riding dirt bikes with my dad,
I was looking for a tool and I found a memory.
Memories can be brought back by the strangest things,
who knew that something as simple as a old rusty chain,
could bring me back,
to a simpler time of where fun was the center of my world.
A simple memory for a simple object,
the simplest thing can bring back a memory.

One morning on a Sunday at my church I got a pass to work with the nursery for the sake of an assignment. I know some of the kids that are in it so they thought it would be okay if I observed some of the kids during a service. As I walk up to the door I can hear screaming and noise from the outside. I walk in and find a place to sit as I immediately witness the stream of constant noise and ruckus of kids playing. Some laugh, some cry, some stay quiet, some are shy, some scream, some run, some are mean, some with no expression. The room is of course kid orientated, covered with crafts, toys, coloring, paint, cribs, and of course the crosses and biblical figures on the walls. I see a couple kids sitting down, a boy and girl playing with a toy computer and not sure what they themselves are really doing. From across the room a group of kids coloring with colored markers canvassing the paper with the spirit of an eagle, free and careless, just all over the place. They must of read Daniel.
A little girl named_____ , all the sudden comes up to me and doesn't really talk but just stares at me until she runs over to the corner to get her toys. I ask her what his name is but she doesn't seem to be much of an extrovert. I think she seems to like me a little considering she's just standing by me and doesn't leave. She tries to shut a box and grabs the lid to close it and starts pounding on it like Travis Barker in a Blink 182 concert, persistent on getting it closed. Another girl named Olivia tries to sit by me.

​So they made her leave so I could write. I start watching again and see some kids having a truck race and trading and exchanging toy cars. Within the room the movement never stops. The adults are either trying to correct one kids behavior while the other one goes off to do something similar. The essence is so vibrant and lively. I wonder how they keep it going for most parts of the morning and try understand how my cousin Abby feels when she's been working in their for years. It makes me think of what I was like when I was this young. Vague images lay in my head of being in daycares, and attending kindergarten but nothing that sticks too close to a true memory. I remember home videos back when I was little being crazy and rambunctious but never really knew what I was like around other little kids, but I know I probably wasn’t an angel that's for sure. As I begin to leave I get a whole visual of the room and see every kid in their own world, rotating the childish imagination within each one of them. As the reality they live in, is being blocked out by their majestic ignorance. I’ve always wondered at the simplicity of a child and sometimes wish I could turn back time to visit those days again. I open the door and leave the room.

Thesis: The simplicity of young children is a pleasure to watch. 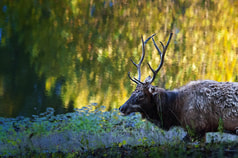 ​
Blueberry Cheese Cake , Makes 2
This is the first installment of the ANAS (Aidan, Nick, and Solie) adventures.
In this article I’ll be talking about the trip Aidan and I took to see "The Shins".

On Saturday, September 23rd, Aidan and I drove up to Marymoor Park in Renton, Washington to see Day Wave, Foxygen, and The Shins and boy, was it a good show. To start the day, we went to Engine House No. 9 in Tacoma,  then we went to Hi-Voltage Records and I bought Hummingbird by Local Natives on vinyl. We then began the trek up to Renton. The venue is actually really cool. There was a single stage that was actually pretty big, and there was grass everywhere.

While in line to get into the venue, we were picked out of the line and we were chosen to skip the line and walk right in, making it possible for us to get in the front row the whole show. First, Day Wave played and they were really good, regardless of the singer’s lack of junk in the trunk, but it’s okay, the lead guitarist compensated. They were awesome and I’d love to see them again. After Day Wave, Foxygen played and that’s probably the weirdest thing I’ve ever seen. The singer was high on probably coke, was wearing a jockstrap and left for like 3 minutes while the band just kind of jammed.

Finally, The Shins played. I don’t know where to start. This is probably the funnest band to go see live. The song that resonated with me most is a song called "New Slang". They played it down a lot but it sounded incredible. Another awesome song they played is a song called Phantom Limb, because they allowed crowd participation and it was so, so cool. On the way walking back to my truck, Aidan and I met a cool couple and talked about music for a bit. Then when we arrived at my truck, I realized I left the window down for like 5 hours so that was pretty lit. All in all, it was an incredible experience to share with my best friend.

Cooking
The smell of cooking in the house is the feeling of being warm and accepted,
A refuge in the storm of life, a place of familiarity.
The happiness and fuzzy feeling of nostalgia coupled with
the blissfulness of a full stomach and satisfaction.
The sizzling, savory aroma of slowly baked meatloaf, perfectly browned,
A flavorful blend of Americana with ground beef, spices, and cornflakes.

​Protector
These images depict the last guardian left in my life that I look up to,
She has been my defender and supporter through the trials of life,
Annie has been everything that a mother should be,
I am glad to have her to guide my way into adulthood.

"A New World"
by TYLER