The Vandalization of QSA Posters & Stickers .  Story by Avery 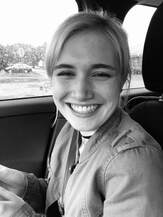 Recently, QSA posters and stickers have been torn down, ripped, spit on, and vandalized. We even found things carved on the schools’ walls. You might not think this is a big deal, but this is an attack on the students in this club. QSA is a place where students who identify somewhere in the LGBTQIA+ community, and allies, can go to feel safe and accepted. As someone who is bisexual, QSA is a place where I can go to be surrounded by people who relate to me and accept me. It’s where I can fully be myself without having to worry about receiving hate or judgment for who I am.
​
QSA helps prevent things like this, it is a place where LGBTQIA+ students can go to feel accepted. LGBT+ people are more susceptible to self-harm, suicide, depression, anxiety, abuse, and bullying. For some of us, QSA is the only place we can go to feel like ourselves and feel safe. It is an important resource that saves lives and builds a necessary, safe community for LGBTQ+ teens.

​ Hearing about the QSA posters and stickers being vandalized has invoked sadness and disappointment in me. Those posters are our way of signaling the safe space to people who need it, and tearing them down is a slap-in-the-face to our community. The club’s posters and stickers are handmade by Mason Noel Jones Wright, the founder and President of QSA, and they cost money from our clubs’ budget to produce.

WHY IS QSA IMPORTANT TO YOU?

Lisa, Club Advisor-
Oh so many reasons! Okay, number one…. Because....It’s Masons’ project and…  I love that she’s engaged and doing things for the school and for others and just really getting out there and, she’s just working hard on everything, so I love that. Two, I think it’s really important to… I think, celebrate diversity. I know, Mason said she’d be happy just to have people tolerate diversity, but, um, and I know pushing it in people’s faces won’t make them celebrate. But I think that people have to recognize the strengths we have because we have so many differences.... but we’d be like the potato famine in Ireland, they were all exactly, genetically, identical. So when the blight came in, it took out all the potatoes. If we were all the same, one bad thing happens and we’re all gone, you know? We need multiple… solutions to problems…. And.. so anyways, so I definitely love differences and everything. And I… and it is also really important to me because I love that I get to sit back and hear people really bonding and working together…. And, just making the school stronger by making their group stronger, you know? Like, not their group, meaning if it’s LGBTQ or straight, or whatever, just everybody making a group that is strong together, so, I think those are the things that make me most.. Happy about the programs.

Riddick, QSA Vice President-
​Okay, that’s like my biggest problem. I think that’s just hella disrespectful…  [I had to move the mic due to loud sounds in the background] That’s alright… it’s just.. it’s just hella disrespectful to… actually like, tear down… cause like, there’s a lot of homophobic people or just people that just don’t give a….. Damn about people…. and how they feel. And a… especially like the stickers.. Haha… those stickers are like made for glass… and so… they have to take the time to actually… take them off… if they take the time to take them off… it’s just, really disrespectful to everyone.. And like, can we say people have, like things too. It’s not like we spread gay. It’s a full choice, and like… exactly how I did, I explored… different ways of, showing myself, and I can … I guess I found what I’m used to.. And so,  yeah, but… I don’t think it’s right to do that, ‘cause if you’re homophobic or not, it doesn’t mean you have to actually like…. You can have your own opinion on people, but why would you actually reflect on… their own stuff. And like.. Hmm… it puts a lot of pressure on Mason cause, she makes the posters… so, she spends.. Maybe an hour, maybe.. Couple minutes on each poster.. And she.. Makes them! And she buys the stickers… and .... Puts them up, and they keep tearing them down… and.. It’s just, it’s dumb… yeah… it’s honestly just… poopy, you know?
According to Trevor Project Statistics:
LGB adolescents consider suicide three times as often as heterosexual adolescents.
LGB adolescents are five times as likely as heterosexual adolescents to have attempted suicide.
40% of transgender adults have attempted suicide with 92% of them attempting before 25 years of age.
LGB children and adolescents with unsupportive families are 8.4 times as likely as LGB children and adolescents with supportive families to attempt suicide.
Every time an LGBT person is harassed or attacked, either verbally or physically, it increases the chances of self-harming actions or behavior by 2.5 times.